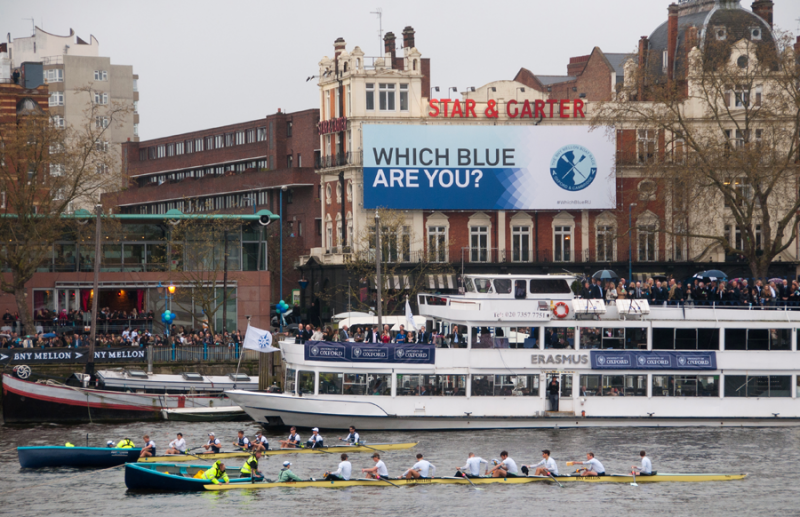 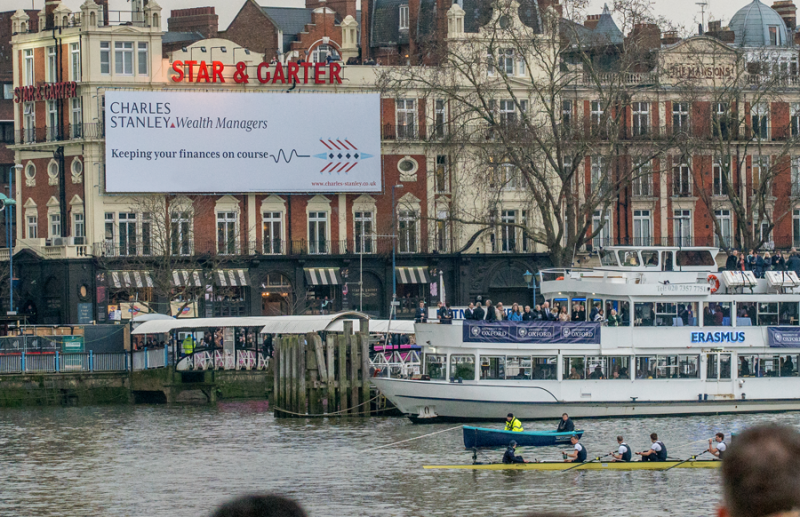 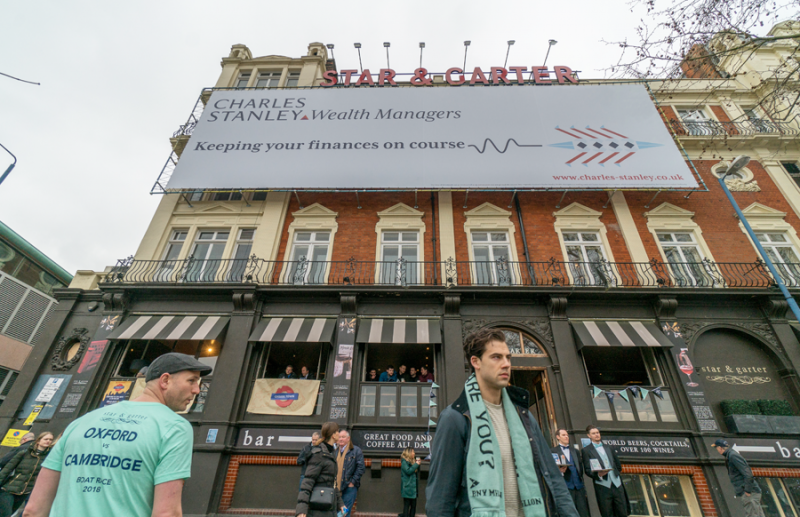 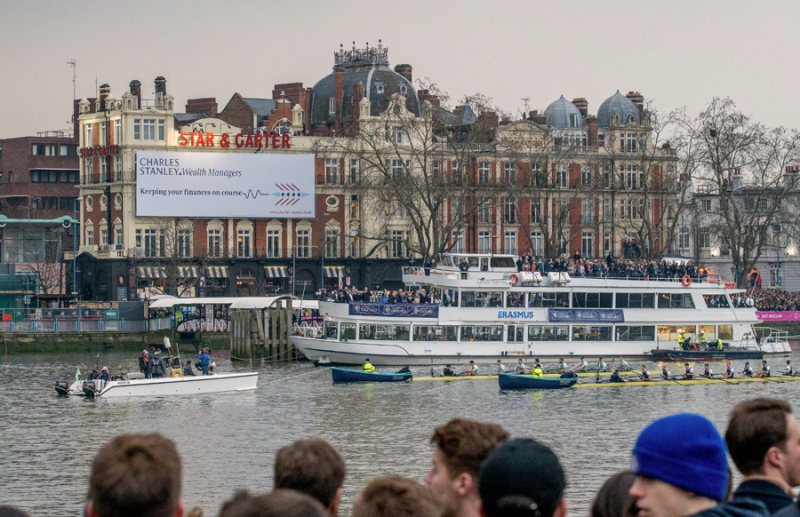 As part of the Maximus ongoing development of great British events, we are proud to release our Boat Race package of mega banner sites.

First raced in 1829, The Boat Race is one of the oldest sporting events in the world. Watched by hundreds of thousands along the banks of the River Thames, between Putney and Chiswick in London and by millions more on TV around the world, The Boat Race is a truly unique advertising opportunity.

*Estimated worldwide television audience of half a billion people

Aired in over 200 countries

Over 300,000 people watched live from the banks 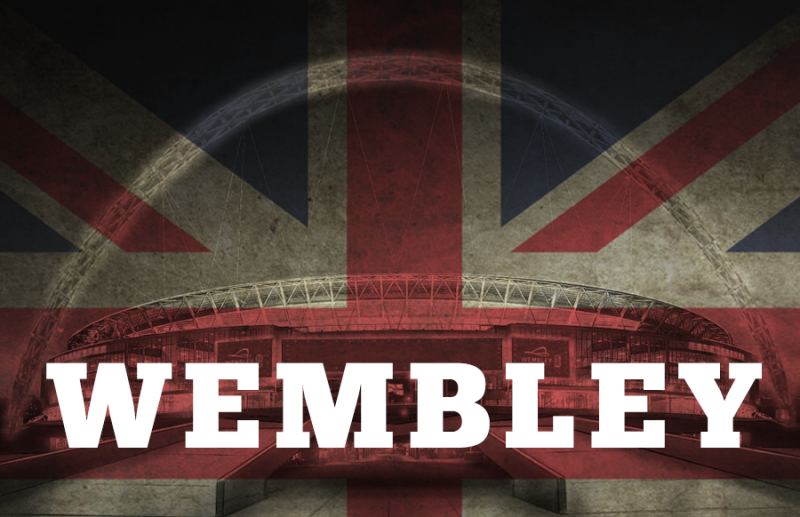