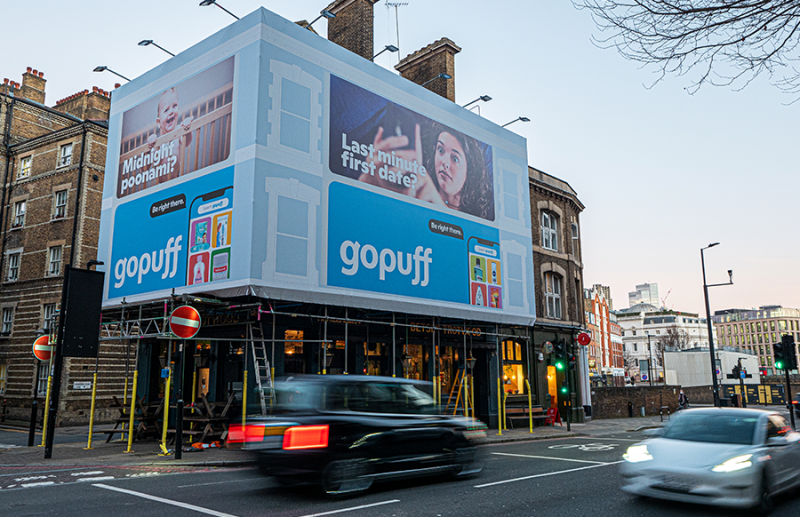 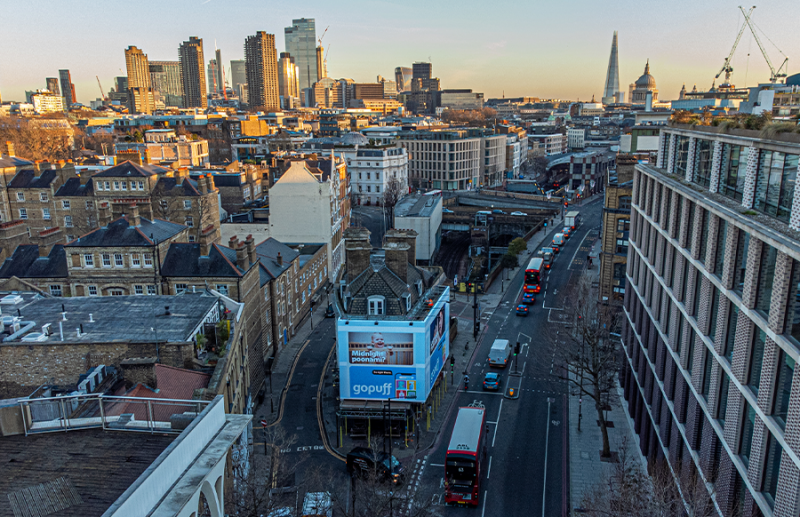 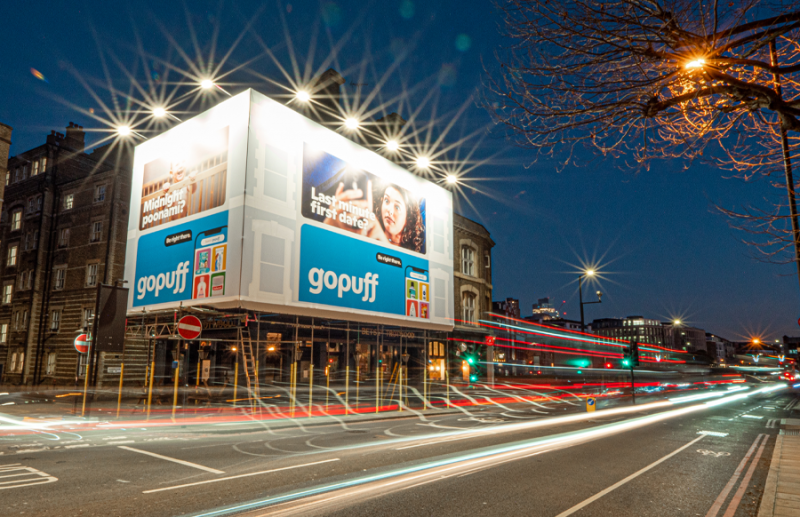 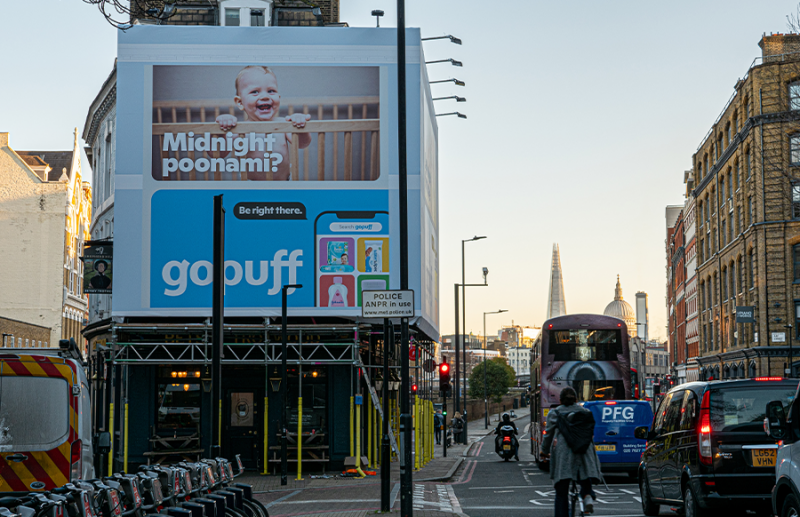 Our new Farringdon mega banner is one of our most central and impactful banners in London – surrounded by history, a burgeoning dining scene and a stone’s throw from some of London’s top attractions.​

Nestled between Clerkenwell, Holborn, The City and Barbican is Farringdon, a commuter’s hotspot and after-work drinks destinations for the many professionals working in the surrounding financial and creative offices. A bustling neighbourhood day and night, the area has been made livelier by the famed Smithfields Market and London clubbing institution, Fabric.​

This part of town has a slightly more mature feel to it than its equally trendy counterparts of Shoreditch and Soho. It has attracted an affluent and professional ABC1 demographic with its warehouse style offices and factories turned into stylish bars and restaurants. This combination of old and new, smart and casual has given the area a very distinct and unique atmosphere.​

Our mega banner is in the heart of Farringdon, on the busy Farringdon Road and positioned on one of the areas most popular and traditional pubs, The Betsey Trotwood. This site delivers exceptionally well on impacts with Farringdon Road providing one of the main thoroughfares into King’s Cross and The City. With 4 lanes of traffic and a busy traffic light just after our site, the dwell times are impressive and allow for optimal engagement.

Farringdon is home to some of London’s top attractions and delights many with its diverse mix of restaurants, markets, nightlife scene and history.​

For culture vultures, the Barbican theatre, Museum of London and historic St Paul’s Cathedral are all a stone’s throw away whilst the historic and locals’ favourite, Leather Lane Market, sees big crowds for its varied stalls and superb street food.​ ​

For foodies and nightlife lovers the area is filled to the brim with top quality dining options, a few of which are Michelin starred, and numerous cocktails bars including the impressive Zetter Townhouse and The Piano Works for late-night live music. ​​

Though it is the famed Fabric nightclub that Farringdon is most famous for, often voted the number 1 club in the world, and home to some of the best DJs and music nights in London, attracting huge crowds every weekend. 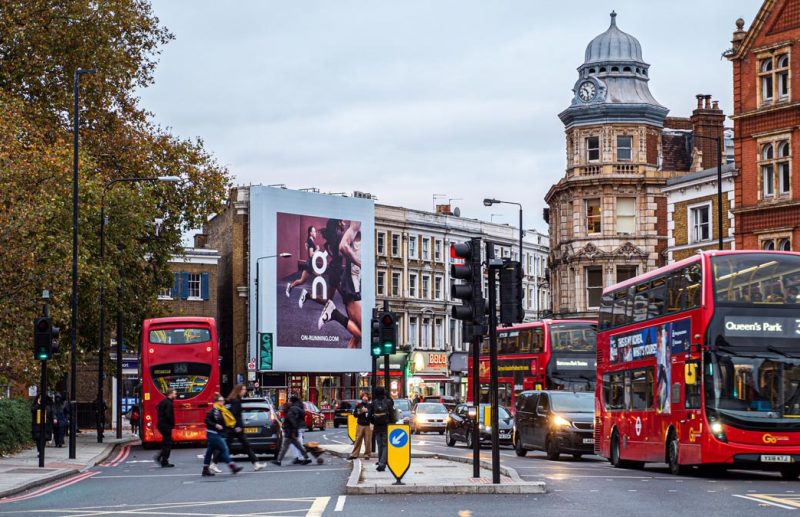 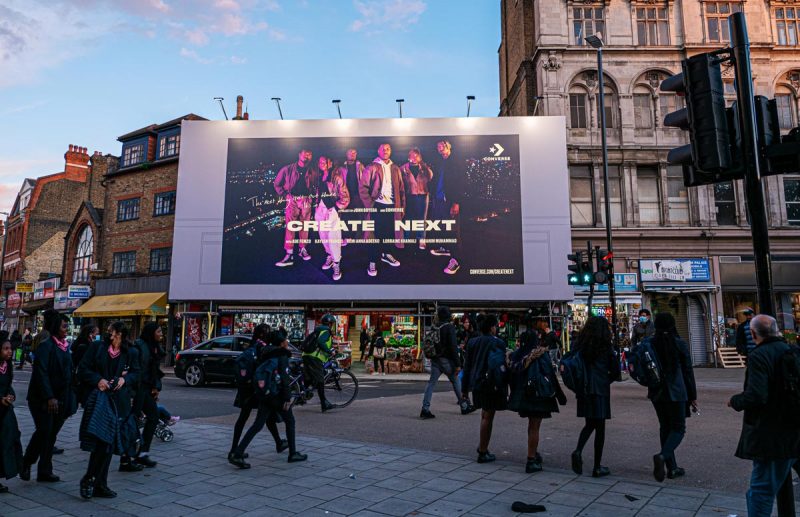 The Pride of Peckham