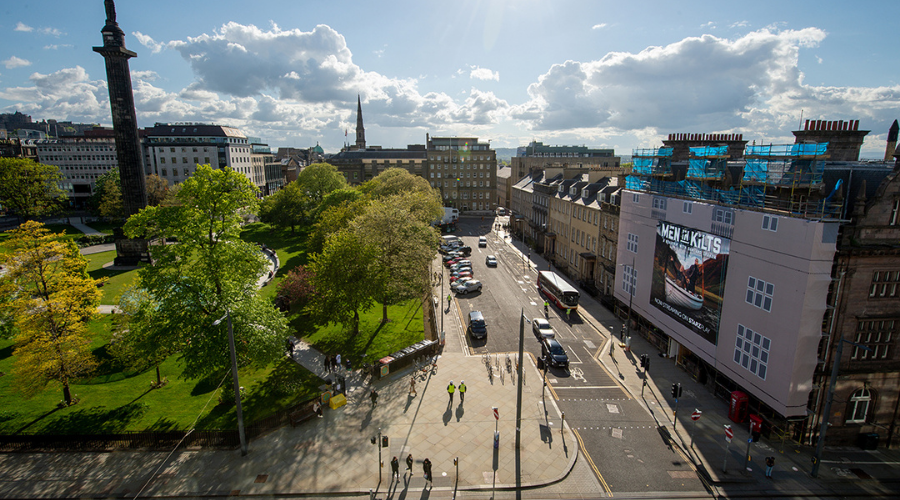 Maximus are proud to present the most impactful and stand-out mega banner in the heart of Edinburgh New Town.​

​With Edinburgh having suffered from banner scarcity in recent years, our new mega banner offers an exciting opportunity for brands who want big and bold solus coverage in one of the most visited and important OOH cities in the U.K. ​

​Our new full-ownership mega banner is located on the prestigious St Andrew Square, a popular part of town thanks to its much-used public garden and proximity to the busy bars, restaurants, and shopping of George Street. ​

​This brilliant banner is on the façade of a prominent office building overlooking the public garden and Harvey Nichols. As a hub for Edinburgh’s public transport and with traffic lights directly below the site benefits from a consistent flow of traffic, footfall, and long dwell times.

At over 140 sqm the site dominates its surroundings offering Edinburgh’s most credible and unrivalled high-impact banner. 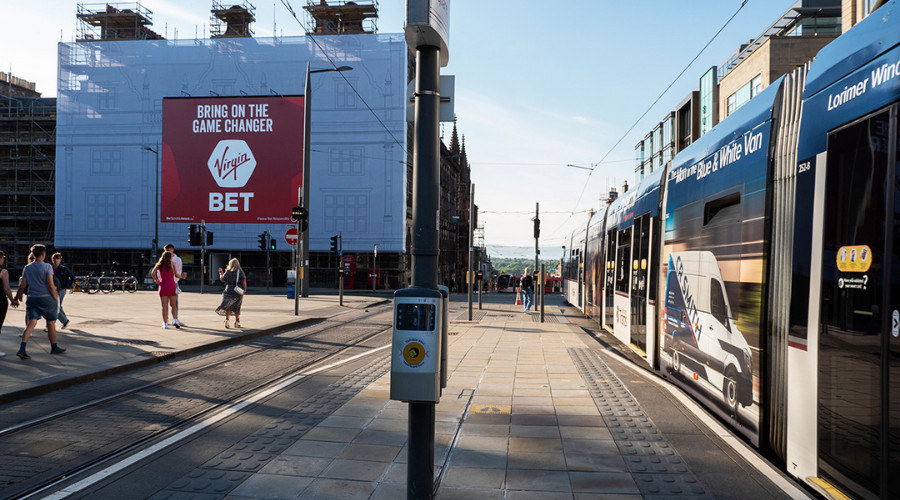 Prosperous, aesthetically beautiful and with a rapidly expanding economy, Edinburgh is an ideal city to invest in media spend.​

​As the most affluent city outside of London, Scotland’s capital city has attracted wealthy residents, workers, students, and tourists alike. Thanks to its charm, cultural attractions, and historic landmarks it is easy to understand why. ​

​Alongside its array of theatres, concerts and world class shopping, Edinburgh also holds the world’s biggest arts event every Summer. The Fringe Festival, held in August, attracts some of the biggest names in entertainment and sees national and international tourists descend on the city with a record-breaking 3 million people attending the festivals shows in 2019. 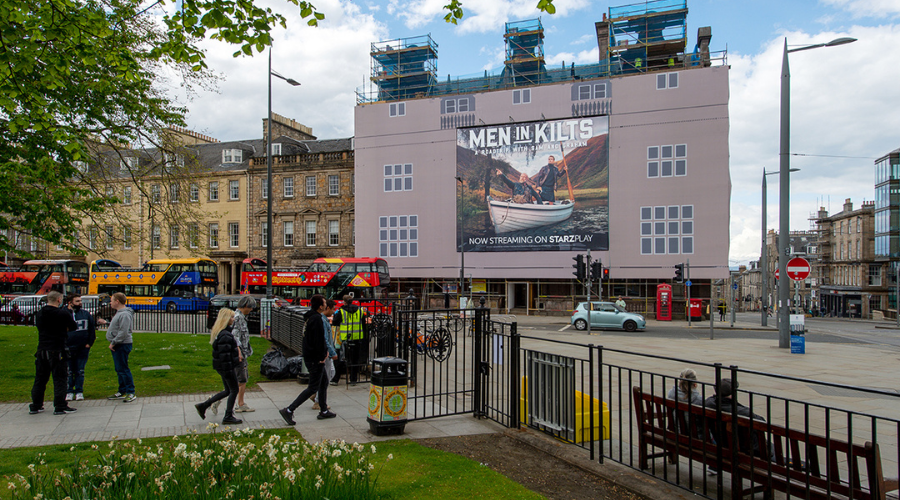